LONDON: Seeking to enhance engagement with India, the University of Birmingham on Monday launched its India Institute that will focus on teaching, research, policy analysis and collaboration across disciplines, adding another such centre to the list of those at UK varsities. 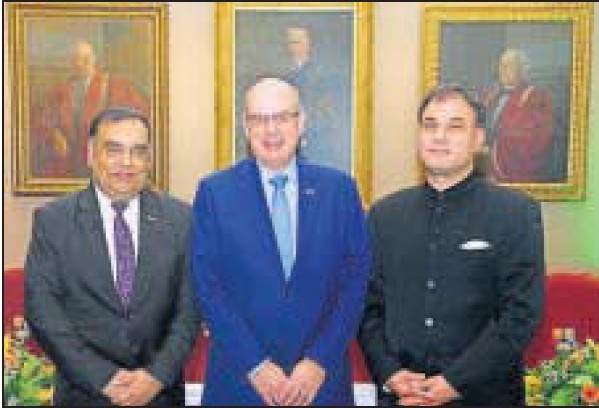 Called the ‘University of Birmingham India Institute’, its commemorative plaque was unveiled by Indian high commissioner YK Sinha. He also joined a roundtable discussion with chancellor Karan Bilimoria and others. The university said the institute reflected its extensive links with India, which span over 100 years, and that its aim is to “increase the visibility, impact and coherence of the university’s engagement in India”.

Sinha said, “I trust that, through the India Institute, the existing bonds between Indian institutions and the university will be further strengthened, and new links forged, to address local as well as global concerns through joint research and other collaborative initiatives.”

The institute’s activities will include academic research and scholarship, teaching and postgraduate research, policy analysis and debate, collaboration with corporate partners, and public engagement in culture.

Bilimoria said, “The University of Birmingham is a civic university with a global outlook and there exists a special bond between Birmingham and India, which stretches back to the arrival of our first Indian student in 1909.

“For me, this is also a personal bond as my mother and my maternal grandfather both studied at the University of Birmingham. I am the third generation of my family to have grown up in India and been educated at a British university.”

According to vice-chancellor David Eastwood, the university’s researchers were forging links with counterparts in India that “will change millions of lives for the better”, in areas such as reducing the impact of refrigerated food distribution chains and helping make India’s cities more sustainable.

For historical and other reasons, the study of various aspects of India has been one of the most prominent themes in UK university research, particularly at centres of Indian expertise at the universities of Oxford, Cambridge and Edinburgh and the School of Oriental and African Studies.

Study in Germany: Apply for scholarships in top universities

Students of 8th to 12th Std. & Under Graduates